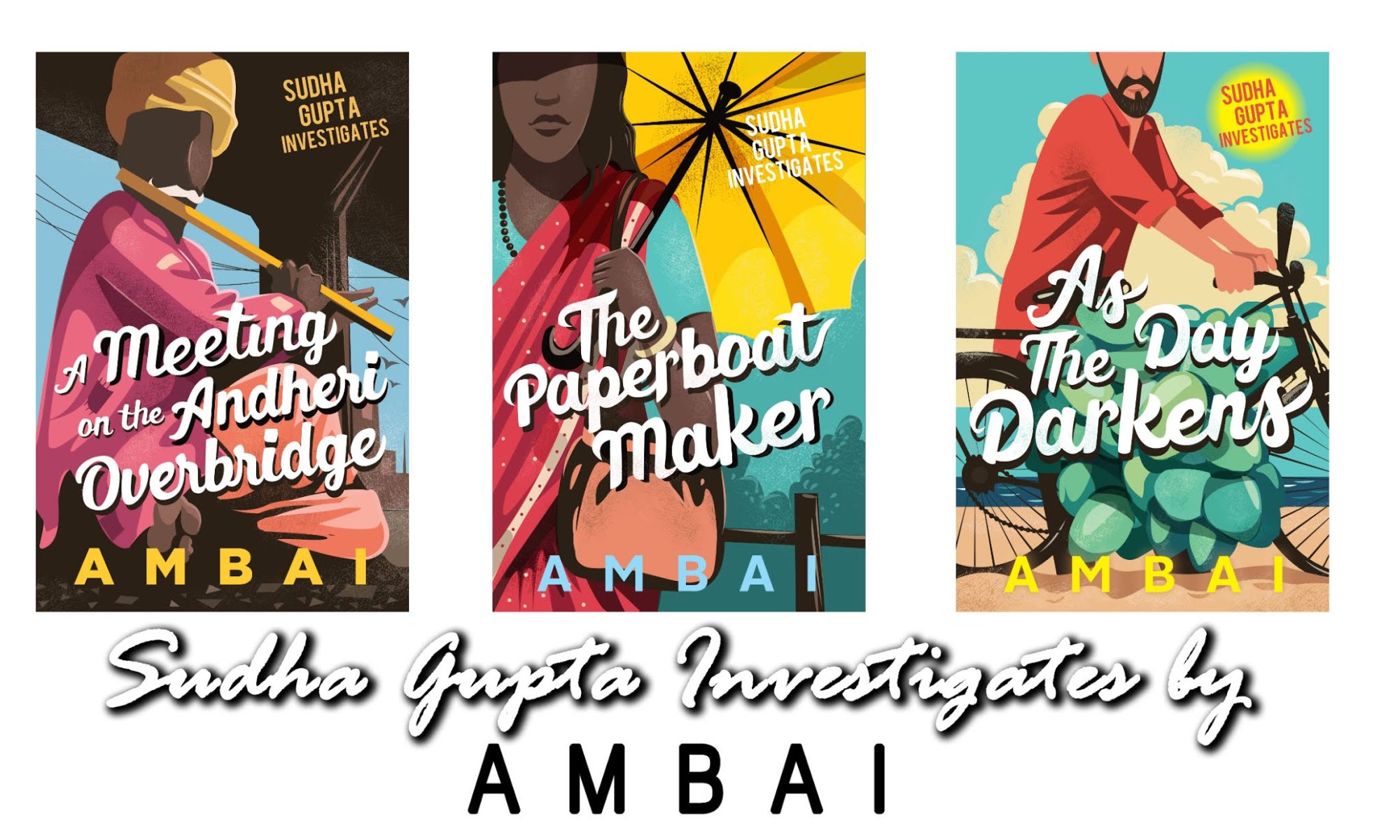 Ever wondered how the word ‘detective’ almost instantly flashes names of Sherlock Holmes and Hercule Poirot and not of Miss Marple or Bengal’s very own Mitin Mashi? Of late, the idea of the unequal representation of gender in detective fiction has come to the forefront and it is only then that readers have started recalling the names of women investigators who are value additions to this long list of sleuths. C. S Lakshmi or Ambai, India’s very own feminist writer and researcher on women studies, has contributed to Tamil Literature in volumes and has also fictionalized Sudha Gupta, another shetective who solves crimes in a jiffy. Gupta’s cases often reflect the feminist issues that Ambai herself champions for. Her cases are beyond the usual couples-trailing-each-other-due-to-suspicion-types!

I recently read the entire Sudha Gupta investigates series, which consist of three short stories. Ambai brings to forefront social evils, emotions, hidden trauma, and desires through her thrillers which are commendable, as it shifts the usual detection scenes from the monotonous dark and shady backgrounds to issues under bright daylight!

A Meeting on the Andheri Overbridge

A perfect introduction to Sudha Gupta and her work is what readers would get a glimpse of in this book. A mother, a wife, and an extremely talented sleuth, Sudha is on her way to wrap up two cases when she chances upon an old lady at the Andheri station. When almost after a span of eight hours, the lady still sits in the station; Sudha’s grey cells are triggered. What unravels next is the mystery of the old lady and how she came to be at the Andheri station. Would Sudha’s talent, empathy, and compassion help the woman in realizing her dreams or will she be entrapped in the web of worldly duties till the end of her days?

Ambai positions women’s desire, especially in their old-age as the prime theme of the story. A woman spends all her life serving her husband and the family and yet, does she truly have the freedom to take any decisions for herself? Interestingly, if a woman tries to choose an unconventional path, more often than not she is labeled as a mentally unfit individual. Ambai focusses predominantly on individualistic characters and the fact that being different is not equal to being mental. A Meeting on the Andheri Overbridge brings to the forefront the conditions of the senior citizens living in Mumbai and the whole of India per se; and how often they are ignored with the existence of their wish list being a mortal crime.

A chance request by Sudha’s house help to investigate a prospective groom for her daughter leads to open an array of questions. Simultaneously, when a woman requests trailing her husband who mysteriously disappears every night, Sudha finds herself on the crossroads of examining the same story through two different angles. Is the prospective groom really clear of all blemishes or does he harbors a secret? Is the woman’s husband having a secret affair or is it more than meets the eye?  Will Sudha with her band of trusted loyalists be able to uncover the mystery?

Ambai needs to be commended for portraying the basic human needs as a natural phenomenon, instead of the usual hullabaloo which follows it. Women’s desires are often misconstrued by society and their mistakes are made a mockery of for generations. But Ambai introduces strong female characters in the story which makes the readers feel like nothing is truly amiss. It is also notable how her characters accept their identity and mistakes in life, as naturally as possible, and live with their heads held high. It is a reflection of the fact that honesty is the true revelation of one’s character.

As the Night Darkens

What happens when a couple’s weekend family outing becomes a nightmare for them? Gopal and Archana along with their four children take time off from their busy schedules. However, on the eve of the day they were to return, their three daughters go missing from the beach. While the police are hot on the trails of kidnapping and business rivalry, Sudha Gupta is also asked to come in and parallelly investigate the case by unearthing any useful information from Archana. But what the investigation team uncovers at the end, is a story from the past which has a relevant impact on the occurrences in the present.

Ambai deals with some of the themes which often occur behind closed doors and within a family. The stigma attached to these is so deep that more often than not, no one tries to claim justice. From a husband-fearing wife to a paedophilic, from instability in mental health due to prolonged abuse to victim fearing,  all that Ambai writes of, shake the very foundations of humanity and the world we live in.