Oxford is a students dream. A city which has grown to great heights due to the presence of the University of Oxford , Museums, Libraries and other buildings of historical importance. Though this  is a much awaited post, due since last October, it feels like only yesterday that I had visited this place.

Oxford is also temporary home to a friend of mine  from Kolkata, India and thus while visiting this city I just had to arrange for a meeting with her. I had gone on a trip with the International Society of Manchester to Warwick and Oxford on Halloween last year. After stopping at Warwickshire and enjoying the beautiful castle; we resumed our path to Oxford. It took almost an hour by coach to reach our destination from Warwick. It was one of those thankfully sunny days which kept all our spirits quite high.

The following photographs were taken on my way to Oxford from Warwick. 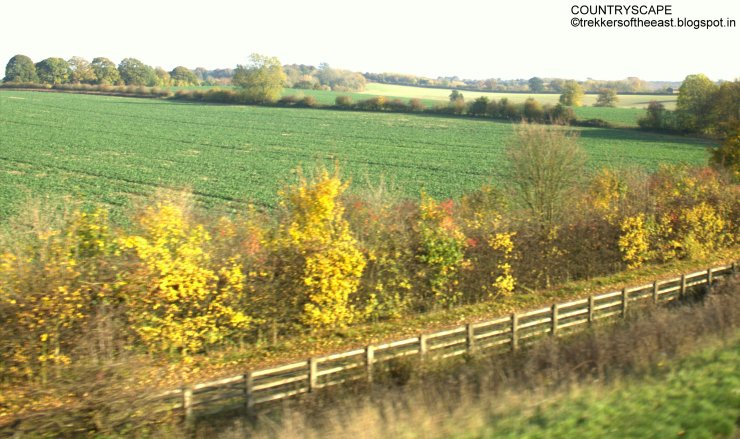 Our coach stopped at High Street, city centre in Oxford. Not having a map and visiting the place for the first time it did take me sometime to find my way through. Also considering that High street was the much populated market street it is indeed easy to get lost if you do not know the place quite well.  After wandering about for sometime, I reached the Christ church. It was a beautiful church although I did not go inside it. There was a huge queue to enter and I had only three hours to see the whole place. However, I did manage to get some snaps of the place.

My friend met me here at the gates of the Church and my joy knew no bounds. Staying away from home and meeting a known face is a feeling of sheer joy. I left the rest of my tour entirely on her shoulders and asked her to guide me through the city. She took me to quite a few places and gave me a great tour of the place This photograph was shot in High Street while we were running towards our next destination. Oh yes! Running because there was so much to see with so little time.

Designed by Sir Christopher Wren, The Sheldonian Theatre is the historic site in the lives of every University of Oxford Student. From matriculation, congregation, graduation ceremonies all important days in their lives are formally celebrated here. It was built in 1664-1669 and is now a Grade I listed building of the city. It is kept open for the public when the University does not hold any events and can also be hired for lectures,talks and seminars.

The Bodleian Library is the second largest library in Britain hosting almost 12 million items . Designed by Giles Gilbert Scott, the Bodleian Library is the prestigious treasure of the city. My friend informed me that the library even extends underground and fortunately for the students once a member of Library he/she becomes a lifelong member of the library. The architecture is mesmerizing and the walls echo too but it is in best interests that the volume level should be kept down . . .it is after all a working library 😛 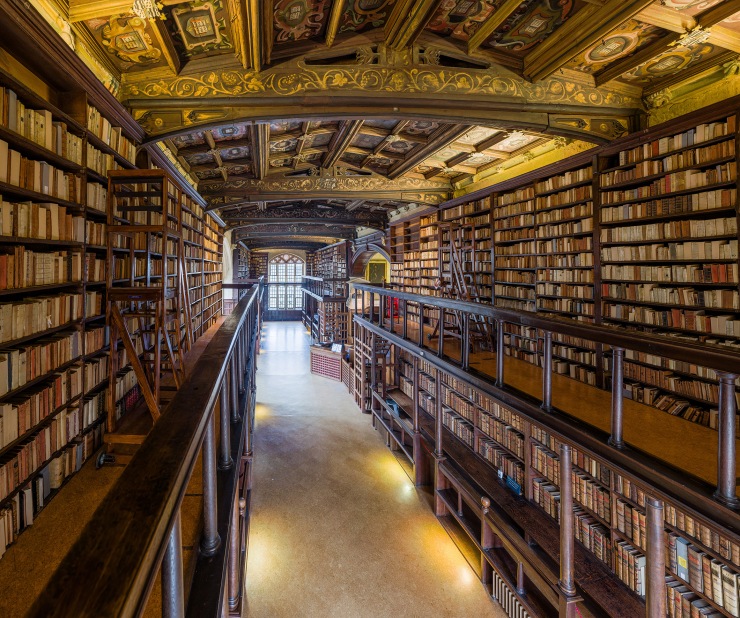 John Radcliffe attended The University College  and had a successful  career in medicine, serving a number of high-profile, wealthy patients including William III and Queen Anne. He built up a large fortune and died childless. It was known that he intended to build a library in Oxford and donated around £40,000 to its construction. Radcliffe Camera is named after this man. Camera is a word for ‘ meeting room’ in Latin. After being built , The Radcliffe Camera became an extension of the Bodleian Library and is the main reading room for the library. 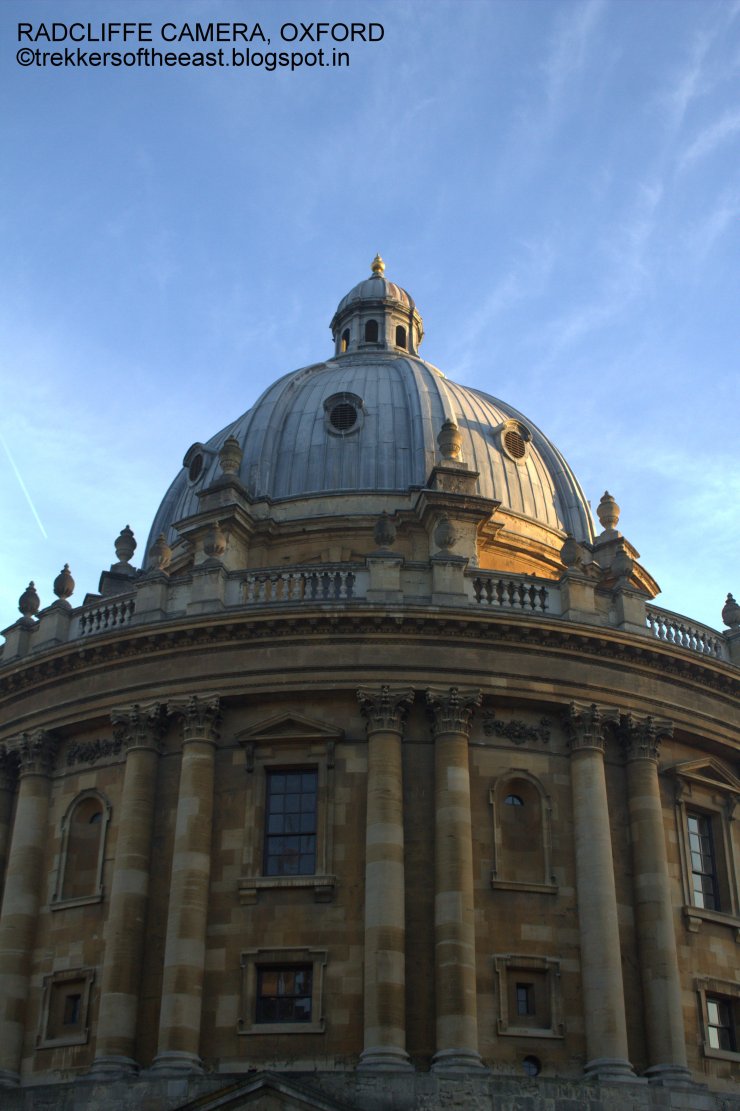 My next destination was the Hertford Bridge, popularly known as the Bridge of Sighs. This bridge is a skyway joining two parts of Hertford College over New College Lane. Its distinctive design makes it a city landmark.It was designed by Sir Thomas Jackson and  completed in 1914, despite its construction being opposed by New College. 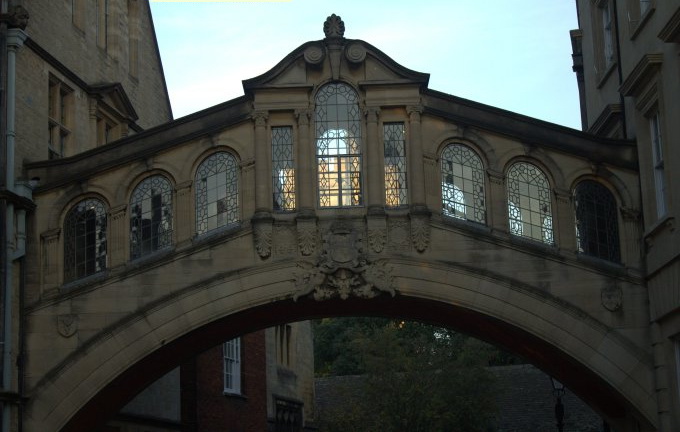 The Grand Cafe came on my way when I was just taking a leisurely stroll round the city back to my bus stop. This cafe is known to be the oldest in the city.

Though I chose to walk around the city and explore its great sights ; another way to do that is to go river punting. I got a glimpse of some people going river punting although that is on my bucket list for a later time. 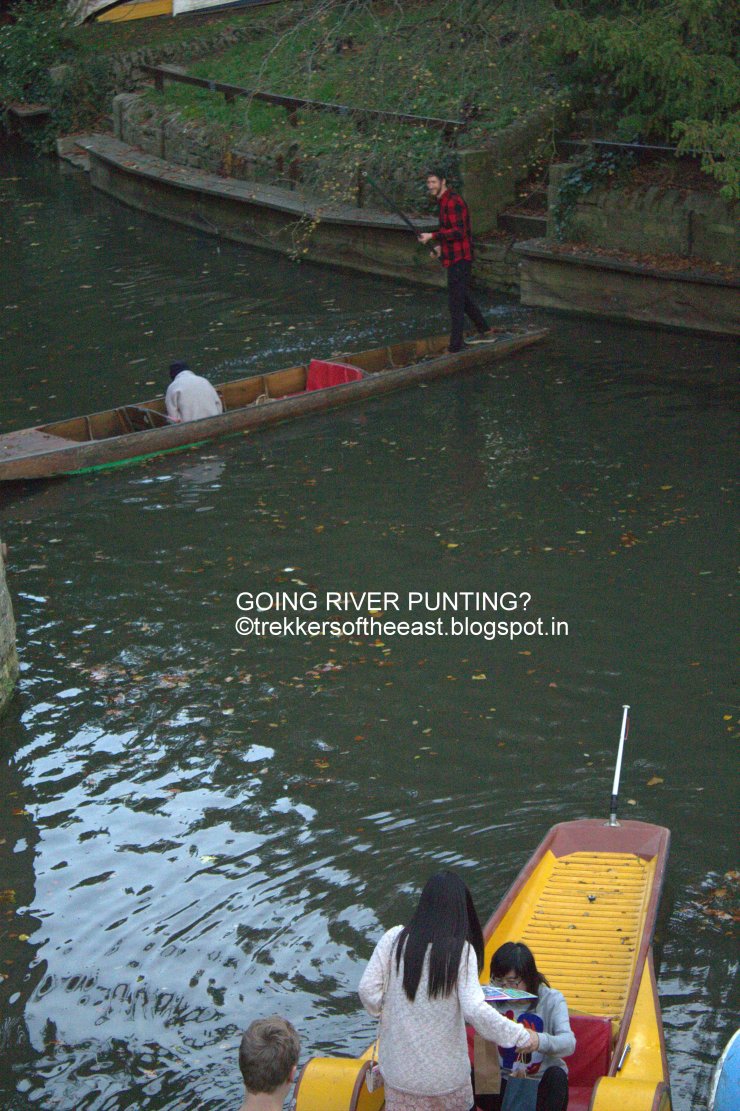 This was my last stop in Oxford as I had to reach the coach stop within a particular time to catch my coach back to Manchester. While my friend repeatedly kept on saying Who comes to Oxford for only three hours? (which I agree to, to the fullest); this was the best three hours spent in the city. I would like to come back again for a more relaxed sight-seeing of the city but till then , I had the best glimpse of Oxford I could ever have in my life.