Halloween could never have been better for me, than celebrating it in one of the oldest castles of the UK. My celebrations took me on an unforgettable journey to the Warwick Castle. The Castle is situated at a distance of around 2.5 hours by road from Manchester. All throughout the early morning journey to the Castle I saw people around me take a nice nap as sleep was compromised on as they had to wake -up early in order to reach the pick-up point. Let me very honest, I too occasionally drifted off to sleep when I was not trying to get some good photographs evading the high reflection from the bus windows or when I was not listening to music and chatting with a friend from home. 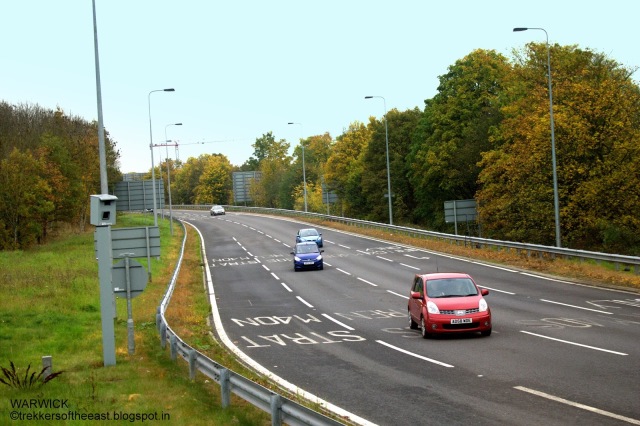 We reached Warwick after crossing Stratford, Keele and Birmingham at about 10:45 in the morning. With the cold wind brushing against our bodies, the moment we got out of the bus, all acts of sleepiness left us in an instant. We proceeded to get the tickets. The ticket counter is situated in a beautiful arena hosting a restaurant/café with indoor /outdoor seating and a gift shop in the same complex.
The Castle grounds are vastly spread and had various different activities taking place in it. The Hollow Haunted was a very interesting concept of walking though a trail with props and people dressed up as fairy-tale characters. While the Wolf of the Little Red Riding Hood seemed a bit too scary, the evil Step-Mother of Snow White obliged in being a part of the photographs people wanted with her. Going through the trail would once again transport you back to your childhood where you listened to fairy tales which are lost today in your busy world of academics and work. 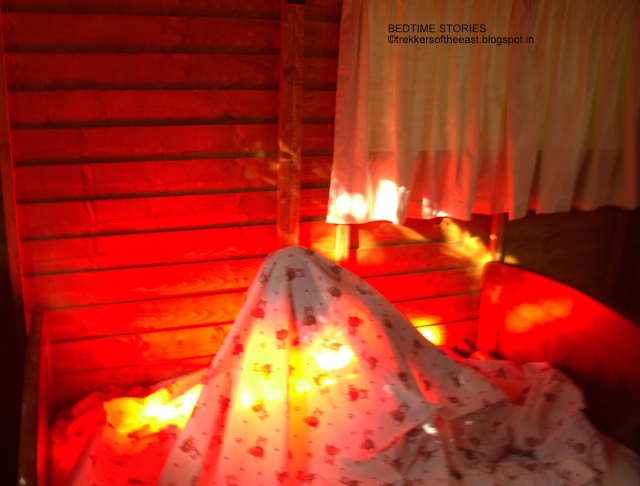 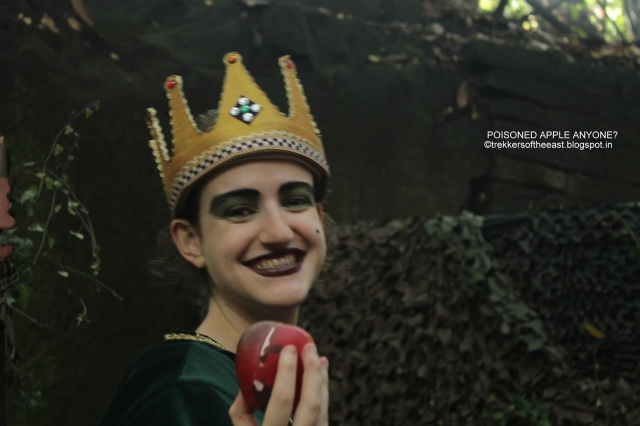 Up next was a beautiful rose garden with seating arrangements. This place had nothing much to see except the myriad hues in the form of full bloomed roses.
Going further you would see archery and fencing grounds where mostly children come to play and learn the tactics of a medieval knight or an archer. These are paid trainings and one would have to pay a small amount (usually between £3 -£5) which is not included in the ticket.

Moving forward from the fighting arena is when you actually enter the fortress. There is a beautiful light and sound display of the culture, occupation, military, art and craft of the medieval age which sheds light on the life and times of people who had resided in the grounds years ago.

Next is the Time Tower for which one has to climb some steep steps to enter a room which takes around 15 to 25 people at a time for a 15 minutes movie. This video makes you relive the castle grounds in its glorious days.
Right after the TimeTower, you can climb steeper steps and alleyways to reach the peak of the castle from where you get a bird’s eye- view of the entire castle grounds and off course of the Warwick Countyitself. The tower of the county church clearly stands out amidst rows of houses. 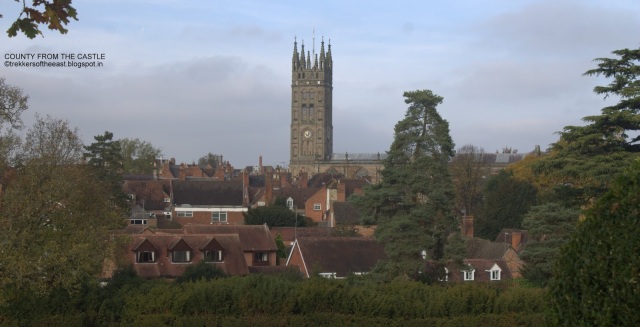 Further in the lawn there were many different attractions like the bird show where a 4kg eagle named Archie was performing with his trainer. At some distance were the Halloween attractions, complete with a cauldron, a graveyard, a spell- maker, and some freaky friends. There was also a story –telling corner for the children. 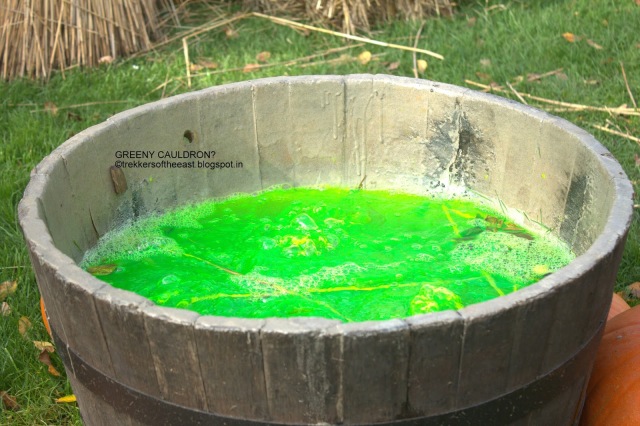 People here came from all over the country to celebrate Halloween. They were dressed up as witches, wizards, banshees with all sorts of costumes and hair and face make-up. In fact, there were specialised make- up artists who were painting faces for a minimum fee. 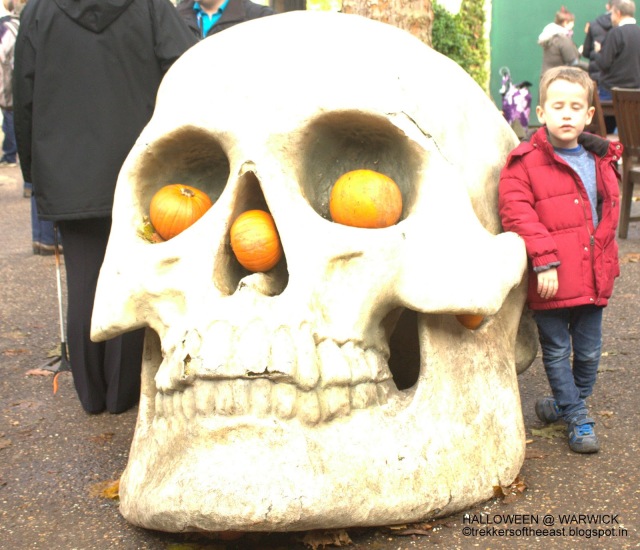 The ghoulish music which played all over the fort through speakers could be heard right till the parking lot gate where a man holding a lantern was accompanied by a headless chap on a horse. 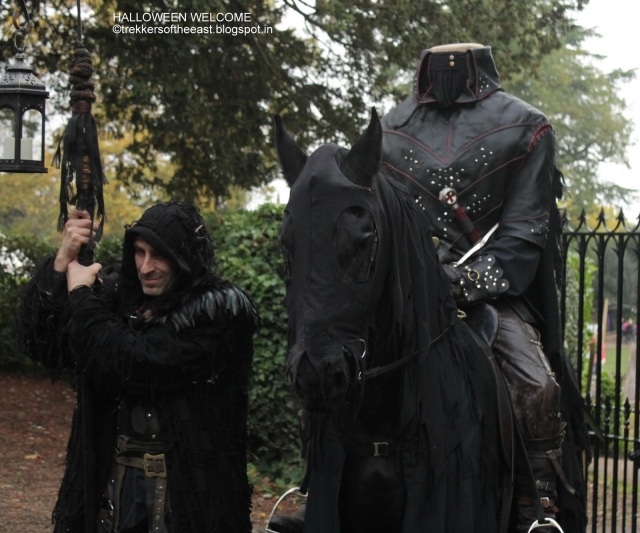 The atmosphere created by the Warwick Castleclearly complemented the purpose of doing so. The people were warm and friendly and even when they were dressed up as Halloween spookers they never forgot to smile during each of the photographs taken with them.
Warwick Castle is a must visit for those who are planning a holiday in the UKor are planning a weekend trip while residing here. It is bound to mesmerize you. And yes, do not forget to pick up a souvenir for yourself! 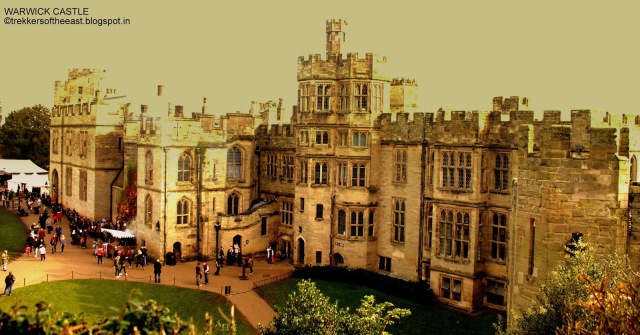 One Reply to “HALLOWEEN @ WARWICK CASTLE”